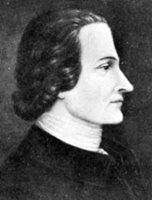 George Taylor emigrated to Pennsylvania about 1736, likely coming from Ulster County of Ireland, though his ancestry was English. Taylor quickly became associated with the early iron making industry in colonial Pennsylvania. Shortly after his arrival he was employed by Samuel Savage, Jr. who operated the Warwick Furnace in Chester County. Records from 3 years later identified him as a bookkeeper for the works, which afforded him the opportunity to learn the full operations and costs of iron making.

After Savage’s death, Taylor married Ann Savage, widow of the iron master and, from 1742 to 1752, took over Ann’s business and estate interests. It was during this period that George Taylor, along with his wife Ann, became very wealthy by the standards of the day, and their economic success brought on higher social status. After turning the furnace over to Samuel, Ann Savage’s oldest son, when he came of age, George and Ann moved to Easton, where he was involved in setting up the first court house in Easton for the newly formed County of Northampton, and where he served many judicial functions. By March 1767, Taylor was at the peak of his own public prominence and economic success and was the area’s leading elected official

George Taylor HouseIt was at this time that George Taylor bought 331 acres along the Lehigh River from Thomas and Susannah Armstrong. He and Thomas Armstrong served on several committees together in Easton associated with the founding of Northampton County. The following year, he built a stately Georgian-style residence on the property similar to the great houses that were being built along the Schuylkill River in Philadelphia. This house still stands at the corner of Lehigh & Poplar St in Catasauqua and is a National Historic Landmark.

George Taylor, as a patriot for the cause of independence, focused on contracts to manufacture arms, iron shot and cannonballs to supply the Continental Army during the Revolutionary War. In August 1775, Durham Furnace became the first iron furnace in Pennsylvania to provide round shot for the Continental Army. Although the price was fixed for his sale of military goods, Taylor’s cost of production rose and the demand for other domestic cast iron products produced at Durham dropped. In his last years, supplying arems at a loss to the business, Taylor sacrificed his own estate in continuing to manufacture arms to support the Continental Army. Taylor died before the war ended and did not live to see its victory.